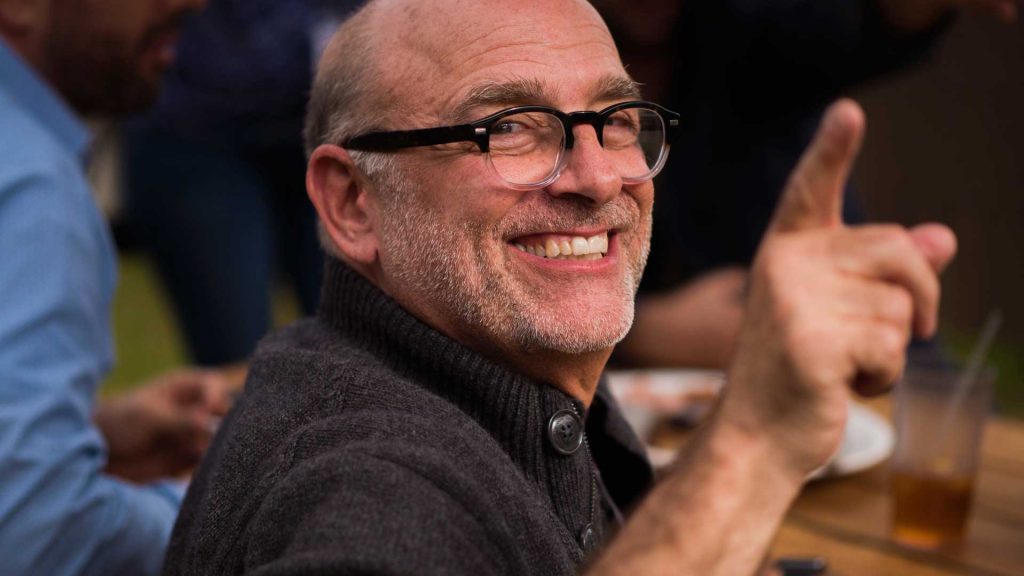 With innovation in his DNA, it was no surprise that Brian Seth Hurst would emerge as a leading innovator, thought leader and producer in the burgeoning field of Virtual Reality and Immersive Storytelling. Under his leadership, StoryTech Immersive works with television networks, production companies, brands and content creators to educate, strategize, package for, produce and distribute high quality VR. The company’s model includes embedding high caliber independent VR filmmakers in existing production teams in television and film thereby rapidly onboarding capabilities.

Most recently he is producer of “My Brother’s Keeper,” a cinematic VR narrative for PBS inspired by the PBS Civil War Drama, “Mercy Street.” During election season he served as a producer on Showtime’s “The Circus 360 Experience,” companion piece to the networks “The Circus- Inside the Greatest Political Show on Earth.”

StoryTech Immersive serves a growing client base in VR which has included Marriott, PBS, Showtime, Freeform Digital, IKEA, NAB and more; and maintains one of the most dialed-in VR networks including technology companies such as Jaunt and Next VR, post production software such as Liquid Cinema, Immersive Dome experiences (Vortex Immersive) 3D/4D Dark Rides and themed entertainment (Super 78), distributors (HTC Viveport, Jaunt, Littlstar, Oculus, Samsung), and VR Film Festivals such as Kaleidoscope and The Virtual Reality Film Festival.

Hurst has authored leading articles on VR and spoken as a subject matter expert at multiple conferences including Television of Tomorrow, NATPE, Digital Entertainment World, Digital Hollywood, the Monte-Carlo Television Festival, the Independent Television Festival as well as private corporate meetings. In April of 2016 Hurst anchored 5 hours of Broadcast Beat’s live television coverage dedicated to Virtual Reality from the 2016 NAB Show in Las Vegas and will do so again in 2017. He has addressed top television executives and producers at the annual European Series Drama Lab in Berlin as well as keynoting on VR at the MediaForum in Cologne and the Monte Carlo Television Festival. He also serves on the board of the VR Society.

Brian Seth Hurst has built a career at the forefront of storytelling and technology innovation. While working for entertainment marketing powerhouse Pittard Sullivan, he was a member of the original TiVo team, contributing to the development and user experience of the world’s first DVR. He was lead strategist for the rebrand and launch of TV Guide as the first ever cross-platform brand, and led the company’s London-based team that launched BT Openworld as the UK’s first broadband service.

Hurst was strategist and executive producer on Tim Kring’s International Emmy® nominated and Banff Rocky award winning multiplatform property “Conspiracy for Good” for which he created the terms “Social Benefit Storytelling” and “Social Benefit Marketing” to describe this new entertainment genre and the project’s impact.

Hurst serves as Global Digital Ambassador for the International Academy of Television Arts & Sciences and was instrumental in the establishment of the International Digital Emmy® Awards at MIPTV. He spent 10 years on the Board of the Academy of Television Arts & Sciences building the Primetime Emmy® Brand Strategy and serving in various positions including second vice chair. He served 3 terms on the Board of the Producers Guild of America, serving two terms as Chairman of the PGA’s New Media Council. Recipient of an Interactive TV Today Award for Leadership in Interactive Television, he was profiled in Emmy magazine as one of the 10 media executives leading the industry’s digital drive and was named two years running to the Hollywood Reporter/PGA Digital 50. Hurst was awarded the Television Academy Interactive Media Peer Group Digertati Award for his contributions to the industry and the Emmy® organization; and was named one of the AlwaysOn Power Players in Digital Entertainment. He received the 2014 Producers Guild of America Marc A. Levey Award for Distinguished Service in recognition of his service to the PGA and the new media industry.

He is also co-author with Olivia Newton-John of the best selling children’s book “A Pig Tale” from Simon & Schuster and the book “WHOLE,” a collection of essays on life’s challenges.